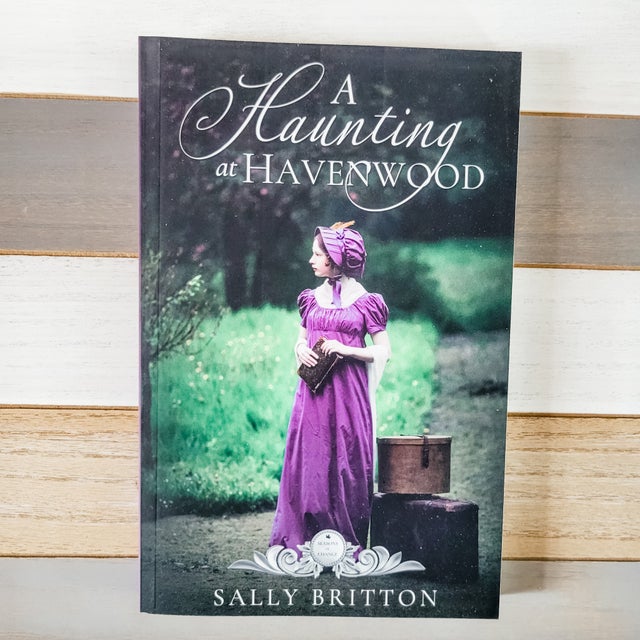 A Haunting at Havenwood

Nothing will keep Louisa from searching for an ancient fortune. Except perhaps a phantom who turns out to be a most eligible bachelor.

When Louisa Banner's mother announces they are poor, she cannot help her misgivings when her mother sends her away to live with her great aunt in a tiny, Northumberland village. Louisa's aunt also happens to live near the ruins of an ancient castle. Although Louisa insists she is not the least bit superstitious, tales of lost treasure and ghosts intrigue her.

When Louisa stumbles upon a forgotten graveyard, and a man whose name comes directly from a tombstone, she isn’t certain whether to run away in terror or stay and get to know the handsome spirit.

Erasmus Grey is cursed, and not only because he sometimes hears the voices of ghosts claiming to be his dead grandparents. While most men would count it a blessing to be a wealthy, eligible bachelor, Ras has no hope of finding a bride who will tolerate his stammer or his passion for writing Gothic novels.

Rather than succumb to the matchmaking mothers of London, he retreats to an old family estate at the behest of the ghostly voices. Though he manages to keep his presence in the country a secret, coming upon a lovely young woman during one of his rambles nearly undoes all his careful work. But when he realizes Miss Banner thinks him a ghost, Ras wonders if he might have found someone who truly understands him.

Treasures, castles, and ghosts combine in an autumn romance in a haunted wood.