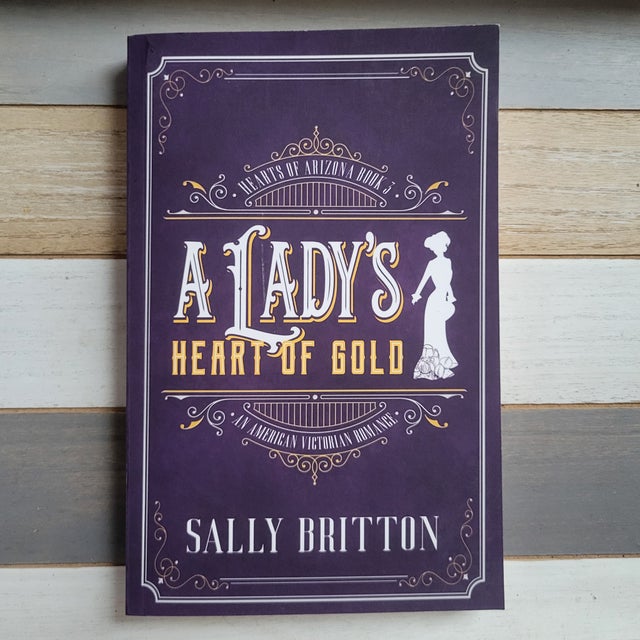 A Lady's Heart of Gold

When a determined English newspaper woman arrives in the Arizona desert, she expects to find the lawless and the illiterate. Instead, she meets a well-spoken and handsome cowboy who's ready to prove to her there's more to the Territory than cattle and cacti.

English newspaper reporter Molly McKinney is determined to make a name for herself by writing about the wilds of the American West. After convincing her editor to take a chance on her idea, Molly travels to the United States looking for tales that will transport and inspire her readers. When she meets a quiet cowboy in the middle of Arizona Territory, she can sense that his story might be the most important of all—if only he’ll open up enough to tell it.

Eduardo “Ed” Byrd has worked at the KB Ranch for five years, making an honest living and trying to ignore his past. He’s one-quarter Cherokee, three-quarters Mexican-American, and entirely his own person. Light-hearted and hard-working, Ed keeps to himself and reserves his dreams for the privacy of his notebooks. When one meeting with the tenacious English woman rattles his mind and heart, Ed can’t help but wonder if he’s been playing things safe for too long.

A reporter’s natural curiosity spurs Molly to make her way to the ranch where Ed works, and she’s determined to find out what the cowboy is hiding beneath his gentle smiles. There’s more to Ed than he lets on, and when Molly starts to unravel his past, he realizes their story might only have a happy ending if he’s willing to risk more than just his heart.