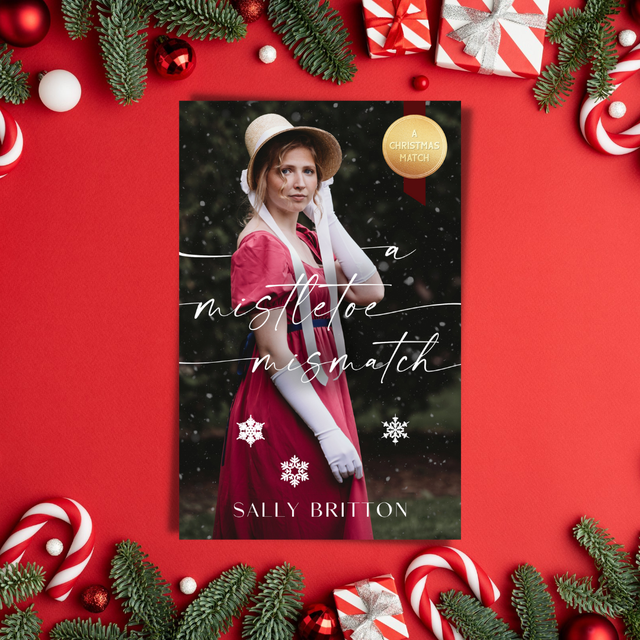 If Jessica and Ellis can put the past behind them to work together, it will be a Christmas miracle. Former childhood friends fight to end one relationship while trying not to fall into one of their own.

Christmas comes but once a year—a relief for Jessica Nettle, because that means she need only see the horrid Mr. Webb when he visits his cousin. Jessica has been at war with Mr. Webb for seven long years. What started as innocent pranks accelerated into a war. This year promises to be the worst of all, especially when Jessica learns that her sister is falling in love with that cousin. A match between the two of them would be a disaster.

Ellis Webb spends every Christmas in the country with his cousin. The holiday is one of the highlights of his year, despite the prickly Miss Nettle’s attempts to ruin it for him. This year, Ellis’s cousin has a mind to marry, and he’s looking with increasing interest at Miss Nettle’s younger sister. Such a marriage, with such a family, will surely end in disappointment and broken hearts. When Miss Nettle proposes to Ellis that they join forces to keep the ill-fated couple apart, he swallows his irritation and agrees to her plan.

Amid the merriment of celebrations, Jessica and Ellis scheme to keep two hearts apart. But as the days pass and the magic of season works upon Jessica, she realizes she may have lost her clever game—and her heart—to her enemy.

Though part of a series, this book may be read as a stand-alone Christmas Regency Romance.