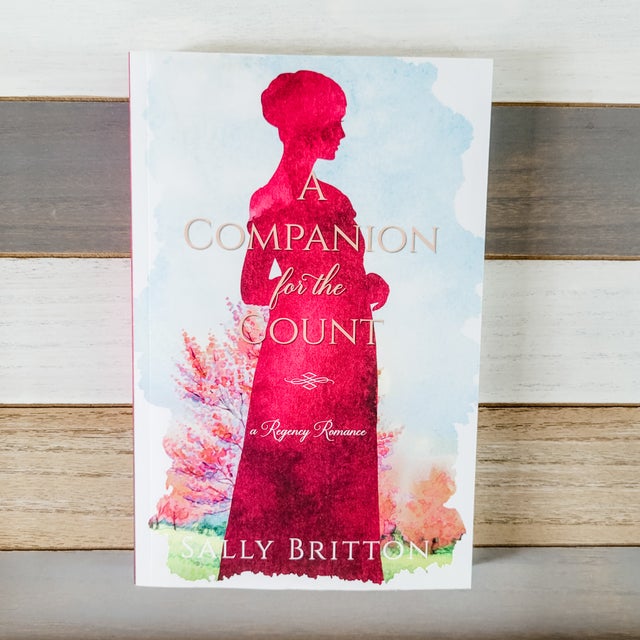 A Companion for the Count

Miss Emma Arlen’s position as a companion never included distracting her mistress’s suitors, but when a handsome Italian ambassador arrives determined to find an English bride, Emma happily takes up the cause.

Emma Arlen has spent a decade as a member of the duke’s family, in the position of companion to his daughter and ward to the duke himself. She would do anything to show her support to the ducal family for their love and kindness. When Lady Josephine begs Emma to distract a most determined Sicilian suitor, she agrees at once. How hard can it be to keep one man entertained for a few weeks?

Luca, the Conte di Atella, left his home in the newly formed Kingdom of the Two Sicilies under the direct orders of King Ferdinand I. Luca’s duty as ambassador to England includes everything from negotiating better trade agreements to strengthening the bonds between the two nations. If possible, by marrying a lady of high birth. When he optimistically sets his sights on Lady Elinor, Miss Arlen consistently disrupts his plans. The more time that passes, the more he realizes he does not mind at all.

Continually in the conte’s company, Emma recognizes in him a spirit of adventure and nobility like she has never witnessed before. When the time comes for him to go, will she be able to part with him and keep her heart intact?

As the second stand-alone novel in a new series by author Sally Britton, this story continues the Clairvoir Castle romances. This is a light-hearted, romantic series set in the Regency period.