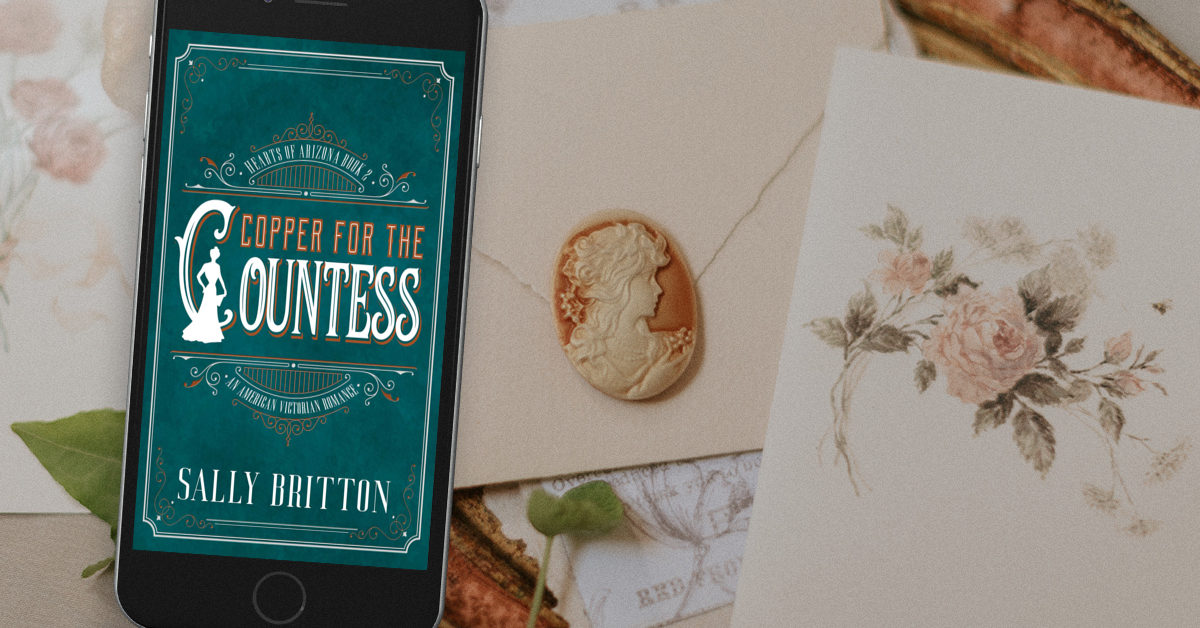 Copper for the Countess

Release Date: September 2021
ORDER ON AMAZON
A Victorian countess doesn't belong on a ranch, and a frosty cowboy knows nothing about raising a family. When the two have no choice but to rely on each other, is there any hope for happiness, let alone true love?

Lady Evelyn Lyon lost her husband and her fortune on the same day. Daughter in hand, she makes her way to the copper mines of Arizona, hoping her husband's stock in the Bisbee Copper Queen mine will make it possible for her to raise her little girl. Every man she's known has failed her, and she would far rather be alone than dependent on one. When the stock certificates in her possession prove fraudulent, Evelyn and her little girl are more alone than ever.

Chris Morgan, known as "Frosty" by cowhands and neighbors alike, never expected to have a family. When his cousin back east dies and leaves Chris with two children to raise, Chris has no choice but to change his plans. But raising children and running a ranch at the same time is a tall order. He's at his wit's end when he comes across a British noblewoman who has no business wandering around the desert without protection. When he learns her story, Chris knows they might be the solutions to each other's problems.

A hasty wedding and dusty ride to Chris's ranch starts their marriage of convenience off on a bumpy road. With children to raise and cattle to herd, Evelyn and Chris have no choice but to trust each other. But in the west, trust is hard won, and it's hard to grow anything...especially love.
​
Copper for the Countess is Book 2 in the Hearts of Arizona Series, but it can be enjoyed as a stand-alone romance.